Has politics turned toxic? Forty three days after the federal election, former political speechwriter, best selling author and the godfather of weasel words, Don Watson assesses the state of play, sharing his views on language and writing, politics and history to examine whether politics is broken or if it’s just the same old game.

One of Australia’s most distinguished writers and public speakers, Watson’s best-selling account of his time as Paul Keating’s speechwriter, Recollections of a Bleeding Heart won several awards, as did his 2008 release American Journeys. His most recent book is Bendable Learnings (2009), a successor to Death Sentence and Weasel Words. 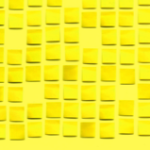 Cut to the Chase

George Pell: Can He Keep The Faith (And The Faithfull)?