An important change of paradigm occurred around 1960. City planning took off towards planning in a really huge scale in response to the challenge of fast growing cities. At the same point in time, traffic planning took over the planning at eye level to address the rapid influx of cars. In this commotion the care for the people using cities, looked after for centuries by tradition and experience, was completely left behind.

Now a new change of paradigm is being unfolded in which Cities for People – after decades of neglect – are once again elevated to be a main feature in architecture, urban design and city planning.

By promoting a people-oriented city planning strategy, not one but a series of important challenges in the cities of the 21st century are being addressed. The outcome being a more lively city, a more safe city, a more sustainable city, a city inviting a healthier lifestyle.

The transformations carried out in Copenhagen, Melbourne, Sydney and – most recently – in New York will serve as examples of this new people-oriented direction in planning. 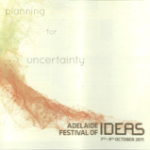 Are we eating ourselves and the planet to death?

Three technologies that will change the way we live